A new Fellowship status was launched at the Barcelona summit, recognising the voluntary contributions of 18 buildingSMART members and officers – past and mainly present – from around the world. This first tranche of awards celebrated the founding of buildingSMART (then called IAI), and many of those honoured were instrumental in its creation and in setting up their own chapters.

Others had provided technical assistance in developing the IFC standard. “Our new Fellows come from very varied backgrounds and have willingly contributed their time and experience to make buildingSMART the thriving and influential organisation it is today,” said Patrick MacLeamy afterwards. “In making these awards, we acknowledge our debt of gratitude.”

The awards ceremony took place at the gala dinner on 3 April when each of Fellows present was called up in turn and presented with a buildingSMART certificate and gold pin. The decision to make a posthumous award to bS UK’s former technical coordinator Jeff Wix proved very popular and met with warm applause. Jeff played a key role in developing the IFC and IDM standards and helping clients around the world apply them. His widow Jan was there to collect the award.

At the request of the new Fellows, bSI chair Patrick MacLeamy was also awarded a Fellowship in recognition of his long service – and infectious commitment – to bSI.

The bSI Nominations Committee selected the 2017 Fellows. A further list of nominees has been compiled and more Fellowships will be announced at future buildingSMART summits. 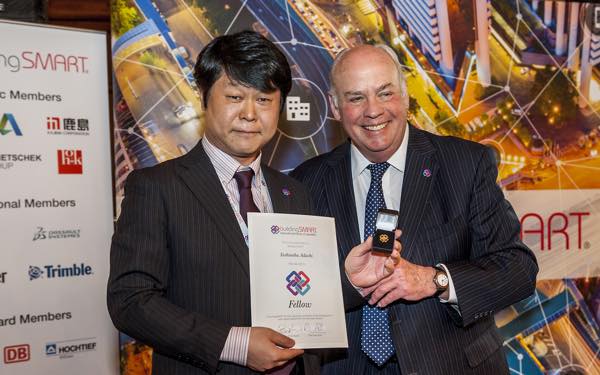 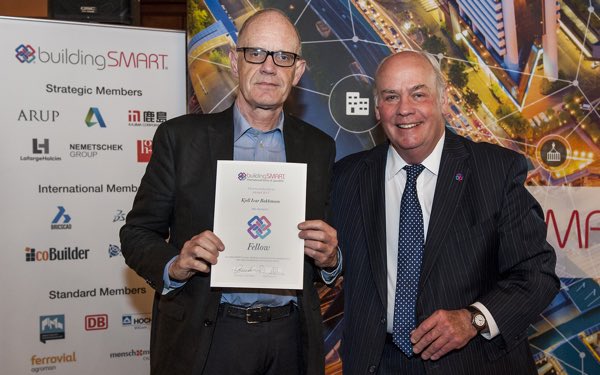 Kjell Ivar Bakkmoen was co-founder of bS Nordic and later of bS Norway. He is chair of the International User Group and a member of the Standards Executive Committee and of the Management Executive. 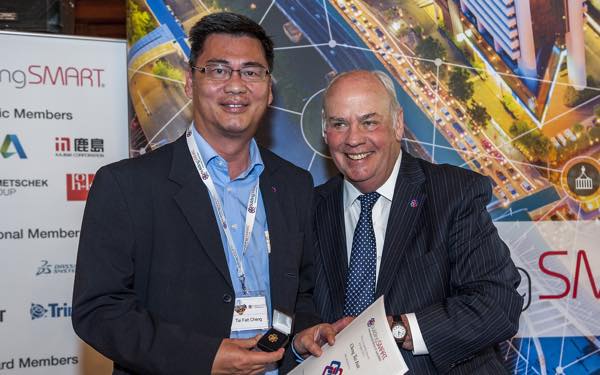 Cheng Tai Fatt was the Singapore delegate at the 1996 meeting in London which established buildingSMART. He was co-founder of the bS chapter and is currently a member of the chapter. He has also served on the International Technical Management Committee (ITM), now the Technical Room. Outside buildingSMART, he helped develop the Singapore CORENET e-Submission system, an early use of interoperability in planning permission. 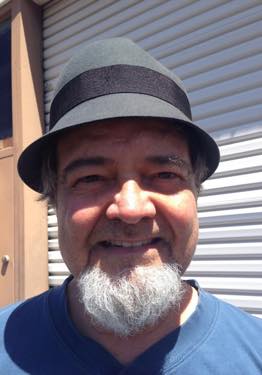 Francois Grobler brought his technical expertise to the service of buildingSMART and unified the technical team during a challenging era. He served as chair of the International Technical Management Committee (ITM), now the Technical Room, and was the US chapter representative on the International Council. He was also a member of the Management Executive.

His early study of what goes wrong on building projects, which found that half of all incidents were related to absent or inaccurate information, convinced Christopher Groome of the need for interoperability. He was co-founder of bS UK in 1996 and was UK delegate at the meeting in London the same year which set up the International Alliance for Interoperability (IAI, now buildingSMART). He is a member of the Management Executive. 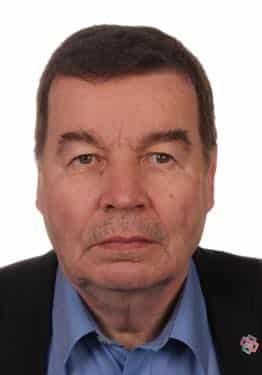 Reijo Hänninen was founder of bS Nordic. He is a member of the Management Executive and is the Nordic chapter’s representative on the International Council. Outside buildingSMART, he was managing director of Grandlund Oy in Finland during 1990–2012. 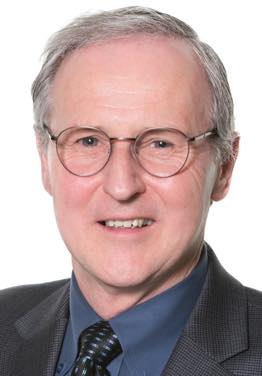 Ian Howell convened the first meeting of forward-looking companies to discuss the need for interoperability back in 1995, as a director of Autodesk. In 1996 (by then vice president of Citadon), he was a founding member of IAI (which became buildingSMART), and served on the board of the North American chapter for the next ten years. 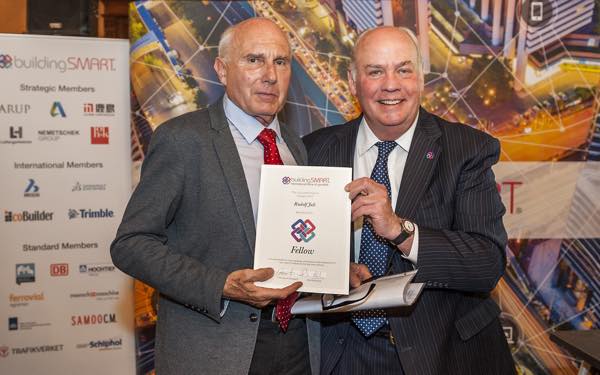 Rudolf Juli was the German delegate to the 1996 meeting in London which established IAI (buildingSMART). He was co-founder of bS Germany in the same year and remained its chair for 16 years. He was formerly the German chapter’s representative on the International Council. 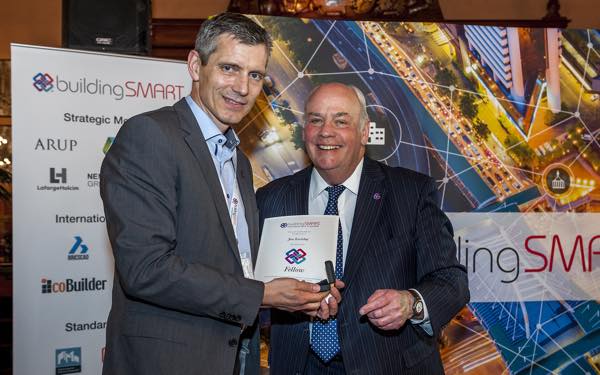 Jan Karlshøj has had long involvement with buildingSMART and is chair of the Nordic chapter. He was pivotal in transforming the International Technical Management Committee (ITM), now the Technical Room, which he chaired. He was also chair of the Building Room from its launch in 2012 until 2016. He was instrumental in the creation of the buildingSMART Awards and acted as its chair in its first years. 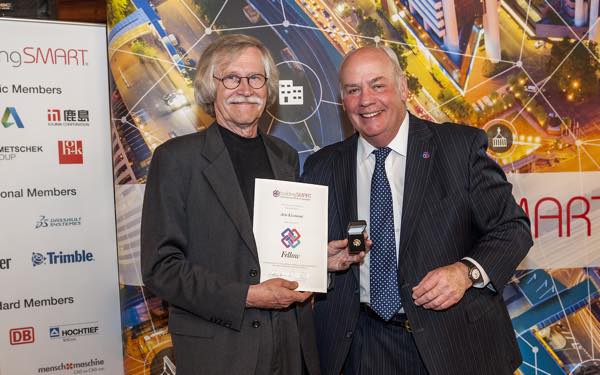 Arto Kiviniemi was present at the 1996 London meeting establishing IAI (buildingSMART), as the Nordic delegate, and was IAI’s first permanent chairman. He has been active in disseminating the work of buildingSMART through his academic positions. He was co-founder of bS Nordic. 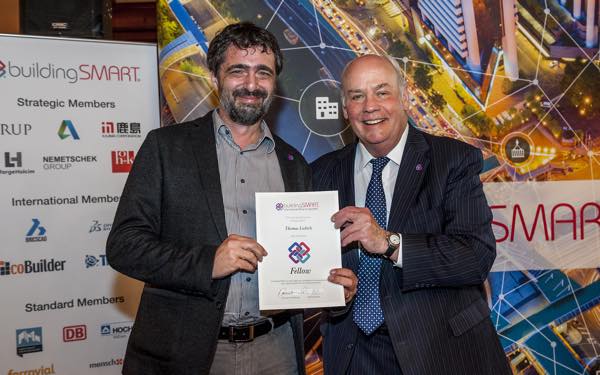 Thomas Liebich is a long-serving member of the bSI community and of bS Germany. He was co-developer of the IFC model and is the technical lynchpin of the buildingSMART software certification program. He has led the Model Support Group since its inception. 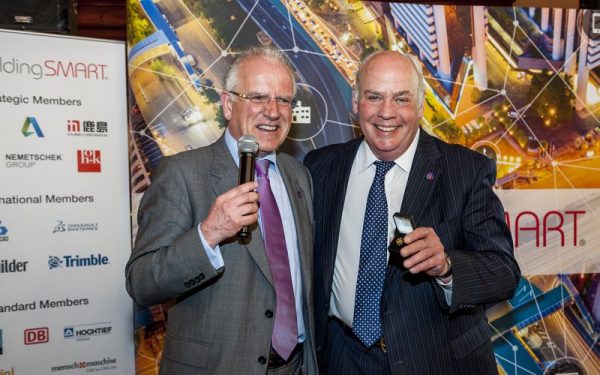 Patrick MacLeamy, former CEO of HOK and now its chairman, is known for his commitment to change in the AEC industry and his active role in spreading his message. He was the first chair of the US chapter and has served as chair of bSI for the last ten years.  (Richard Petrie is on the left.) 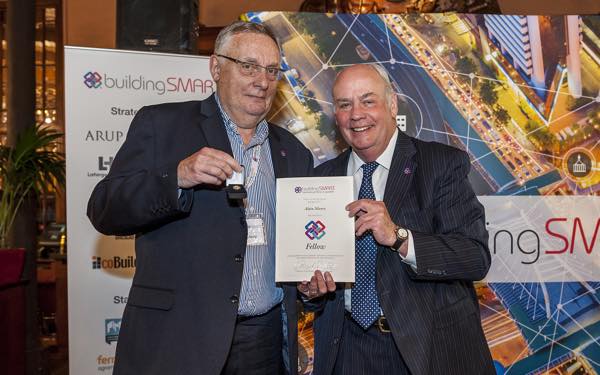 Alain Maury was the French delegate at the 1996 meeting in London which established IAI (buildingSMART). He co-founded bS France in 1996 and is the representative of the French chapter on the International Council and a member of the Management Executive. 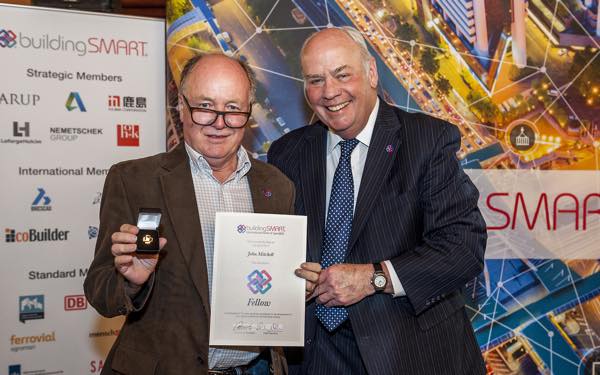 John Mitchell was co-founder of bS Australasia and served as its first chair. He has worked on numerous buildingSMART committees. He helped disseminate the benefits of interoperability to an influential audience in the early days when he acted as master of ceremonies in the ‘Seeing is Believing’ collaboration demonstration in Oslo in 2005. 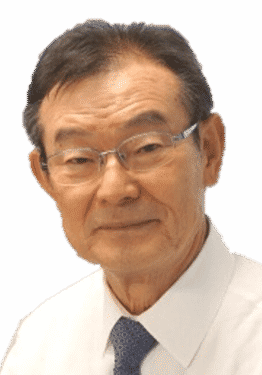 As the delegate representing Japan, Mikio Shoji attended the 1996 meeting in London which established IAI (buildingSMART). He was co-founder of bS Japan in 1996 and served as its first chairman. He was formerly the representative of the Japanese chapter on the International Council. 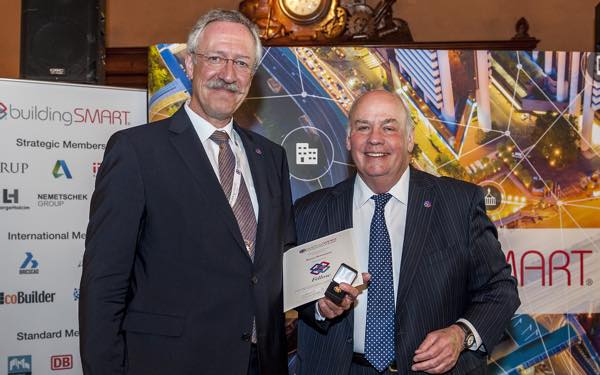 Rasso  Steinmann has served in multiple roles within buildingSMART. He has served as chair of the Implementation Support Group for 20 years and has managed the software certification program since its inception. He is now chair of the German chapter and a bSI Board member. He also sits on the Management Executive.

For 20 years Väino Tarandi has been an active member of buildingSMART, serving on many of its committees. He was co-founder of bS Nordic. He is a Board member of bS Nordic and sits on ISO’s Technical Committee 184/SC4. 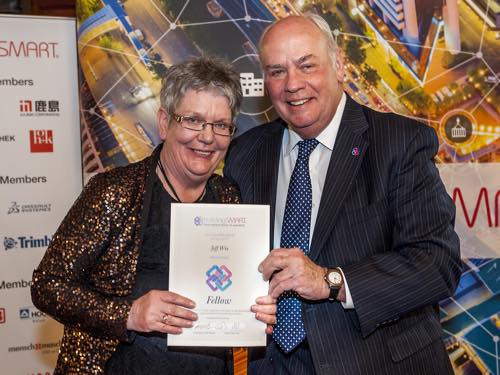 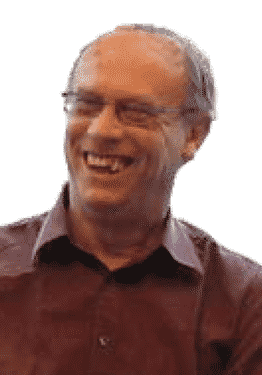 Jeff Wix (deceased 2009) played a pivotal role as co-developer of the IFC data model, having built enthusiasm in the industry for the concept of interoperability. His vision for the Information Delivery Manual informed the standard that was developed following his untimely death. He was a member of the Model Support Group and gave long-term service to bSI, while acting as technical coordinator to his home chapter, bS UK. We were honoured that his wife, Jan Wix was able to join us to receive the award.

For more information on the Fellowship see here.